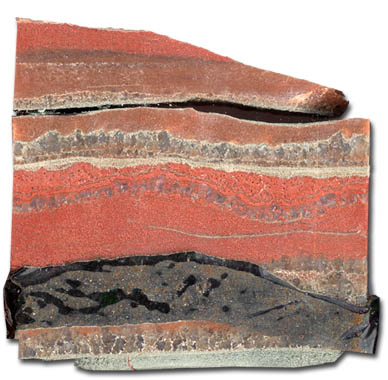 The Starobin potash deposit is the mineral raw-material base of JSC Belaruskali. The deposit was formed about 360 mln. years ago and is considered to be one of the world's biggest deposits covering the area of about  350 km2. It is located in the southern part of the Minsk Region of the Republic of Belarus.

Over recent years significant reserves of potash salts were explored, they are planned to be mined by JSC Belaruskali in the future (Nezhinsky section of the deposit).

Balance sheet reserves are equal to about 4 bln. tons of raw salts. The forecast of JSC Belaruskali activity is completely favourable, and the company is secured with the raw materials for decades.


3. Combined system of mining
The 3rd potash level has three productive sylvinite layers (II, III and IV) divided by seams of halite. When using the combined system of mining, the upper (IV) sylvinite layer is mined using the pillar technique and the subjacent layers (II and III) are mined by the chamber method of mining. This system is used rather seldom due to a big loss of the mineral from the layers II and III.


The height is 2.4, 2.6, 3.0 m. The floor of the working can be undercut if necessary.
The company developed and implemented the unique process methods and equipment which know no equals in the world mining practice. The company uses the modern mining equipment manufactured by leading global producers.


When sylvinite and halite are extracted separately the content of potassium chloride in the mined ore raises up to 30-35% because in this case only sylvinite layers are extracted, while halite is left underground.
To maximize the degree of mineral extraction the company carries out the scientific researches and successfully implements the pillarless mining schemes, which aim to increase the operating life of mines.


The content of commercial component (potassium chloride) in the ore extracted from the Starobin deposit is rather low. That is why, every year more than 1 mln. tons of waste rock is stockpiled in the worked-out areas underground, thus reducing the environmental impact on the industrial district and preventing deformations of the land surface.